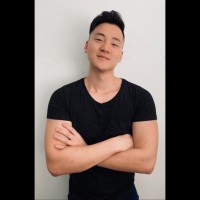 Director Of Engineering at 2U

There's 74% chance that Andrew Kang is seeking for new opportunities

Not the Andrew Kang you were
looking for?

Based on our findings, Andrew Kang is ...

Based on our findings, Andrew Kang is ...

What company does Andrew Kang work for?

Andrew Kang works for 2U

What is Andrew Kang's role at 2U?

Andrew Kang is Director Of Engineering

What is Andrew Kang's Phone Number?

What industry does Andrew Kang work in?

Kang's education:Kang has a B.S. from Rutgers University in 1995. He has been working in the technology industry since 1997. Kang has experience in both engineering and management positions. Prior to joining Groupon, he was a software engineer at Amplify, where he worked for one year as a software engineer II. He also has experience in the technical management and sales positions at two other companies. Kang has a special interest in artificial intelligence and machine learning.

Manager, IT Development and Support at TRAC Intermodal

Head of Strategy and Operations at AIDS Healthcare Foundation at AHF

Senior IT Manager, vCloud Air (NOC, OSS) at OVH US

Vice President of Sales at L'Oreal USA/REDKEN at L'Oréal