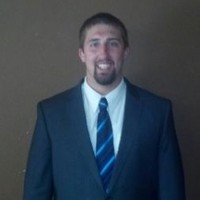 Empyreal and Feed Load Out Supervisor

University of Nebraska at Kearney (UNK)

Not the Andrew Isom you were
looking for?

Based on our findings, Andrew Isom is ...

Based on our findings, Andrew Isom is ...

What company does Andrew Isom work for?

What is Andrew Isom's role at Cargill?

What is Andrew Isom's Phone Number?

What industry does Andrew Isom work in?

Empyreal and Feed Load Out Supervisor @ Cargill As supervisor I had 14 direct reports and managed the CMG and Empyreal process on a day to day operations. Also managed feed load outs which comprised mainly of all bio industrial feed products of feed pellets, germ and Empyreal to feed poultry, cattle and pets. From April 2015 to April 2016 (1 year 1 month) Dayton, Ohio, United StatesFeed Project Engineer @ Cargill As Feed Project Engineer i worked large dollar projects between maintenance and capital to make process more sustainable and reliable. Examples are installing direct drives, upgrading motors and conveyors and installing metal chutes. From January 2014 to April 2015 (1 year 4 months) Dayton, Ohio, United StatesProduction Management Engineer @ Cargill New engineer duties of learning the process in depth of each department and completing a process, capital, and reliability project. Includes managing contractors, scheduling and budgeting of each project. From January 2013 to January 2014 (1 year 1 month) Maintenance and Reliability Engineer Intern @ Cargill Worked on various projects and maintenance team. Replaced roads from asphalt to concrete due to swampy conditions of the grounds. Completed a slipstream to help reduce the load of the evaporators. Also completing designs for a pressure relief valve. Supervised contractors everyday and worked with many employees to collaborate on the design of the projects. Every week I came up with hazard analysis on various equipment in the plant.With this experience I received an exceed some expectations and had a great experience with the company. From May 2012 to August 2012 (4 months) Wahpeton, NDProject Engineer Intern @ Cargill With Cargill I was able to get hands on experience with engineering and supervising at the corn mill. With Cargill I worked in the Feed Department and was given 6 projects. With that six I implemented 4. The first accomplishment was using excel to find out total electrical output and to find how much we should be paying vs. per ton of product made. Saved department $80,000. Second was trying to fix a bottle neck in a liquefaction process which was an under overflow system. The underflow would build up and cause the process to eventually stop in about a two weeks. So I implemented air injection through a flange with a nozzle on the end to help the system to go longer before having to shutdown. The third project was replacing the control room floor. This taught me scheduling and making sure everyone knows how much more time the contractors need. There were hiccups in the process where oil made the floors bubble and those parts needed to be grinded down and fixed. Added more time than what I told my supervisors. The last project I completed was an auto-sampler for bran. This was an employee engagement for I got many details on where it should be placed and how to get there.With this experience I met expectations with in the company. It was a great experience and met great people within the company. From January 2011 to August 2011 (8 months) Blair, NEUtilities Manufacturing Technology Engineer II @ Cargill Wahpeton, North Dakota, United States

There's 100% chance that Andrew Isom is seeking for new opportunities

Freelance Writer at Self Employed

Having fun building great teams and getting sh*t done

Software Developer in Test at Hulu at Hulu

Engineering Manager at Digit.co at Digit

CEO, Amadeus Capital Partners Limited at Court of the Bank of England