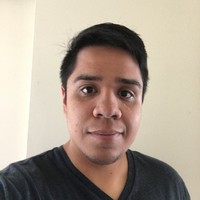 Based on our findings, Andrew Batallones is ...

Based on our findings, Andrew Batallones is ...

What company does Andrew Batallones work for?

What is Andrew Batallones's role at eCig Distributors?

What is Andrew Batallones's Phone Number?

What industry does Andrew Batallones work in?

Andrew Batallones has no previous education in computer science or mechanical engineering. He has only been a High School student. It is not clear if he ever finished high school or if he just stopped attending school. It is also not clear from his resume what he has done since he left high school. He only has an Associate's degree from Orange Coast College. He is unknown if he has ever worked in any field.

Basics: Andrew Batallones has been working as a web developer since March 2014. He has worked at AutoZone and West Valley City Family Fitness Center. He has experience with customer service,Detailed work, project management, and data analysis. He also has experience withutiing automates and working with APIs.

There's 100% chance that Andrew Batallones is seeking for new opportunities

Project Specialist at Tesla at Tesla