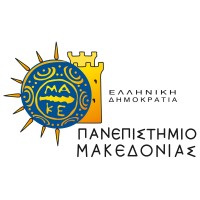 IT Manager / Research assistant in cooperation with Professor Manos Roumeliotis

Not the Anan Saleh you were
looking for?

What company does Anan Saleh work for?

What is Anan Saleh's role at Digital Media Technologies?

What is Anan Saleh's Phone Number?

What industry does Anan Saleh work in?

Anan Saleh has over 10 years of experience in the software engineering field. He started his engineering career as a software engineer at Digital Media Technologies (DMT), a software development company. During his time at DMT, he developed various software applications, including a MySQL database, and a web application. He also worked on a number of large-scale development projects, including developing a Windows application programmer, C#, and being a project manager for a number of projects at INFOWOOD S.A. He also worked on a number of integration projects with other software development companies.Anan Saleh has excellent interpersonal and communication skills. He is a good team leader and is very able to set up networks with focus on system architecture and integration. He is also experienced in Java and SQL Server 2000 / 2005.Anan Saleh has excellent knowledge of MS Project and WordPress. He is also proficient in integrating different software development products intoMS Project. He is also experienced in TCP/IP and near real-time messaging systems.

There's 100% chance that Anan Saleh is seeking for new opportunities

Co-founder & CEO @ KADOR : entrepreneurs as a service at Kador - Lean recruitment only !

Chairwoman- Member of the Investment Committee at Kymera International

IT Business Partner at REED at Reed