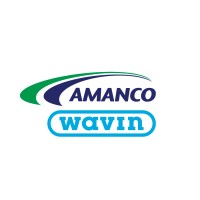 Not the Ana Luisa Winckler you were
looking for?

What company does Ana Luisa Winckler work for?

What is Ana Luisa Winckler's role at Amanco Wavin?

What industry does Ana Luisa Winckler work in?

Ana Luisa Winckler, who received her education in Gestão de Pessoas, MBA executivo em Gestão de Pessoas, and Psicologia, Psicology at the Brazilian Federal University of Rio Grande do Sul (UFRGS), has worked as an executive at a management consulting firm and a private psychology practice, respectively. After completing her undergraduate studies at the University of Rio Grande do Sul in 1995, she worked as a research assistant at the University of Cape Town in South Africa, where she received her Master's degree in Planning and Management. Returning to Brazil, she joined the faculty of the Pontifícia Universidade Católica do Rio Grande do Sul (PUCRS) in January 2019, after having completed her graduate studies at PUCRS in January 2019. Her research activity focuses on the impact of technology on human behavior and social interactions, particularly those pertaining to the digital age.

Business Recruiter at Figma at Figma

VP Sales at Surfly - we are hiring! at Surfly