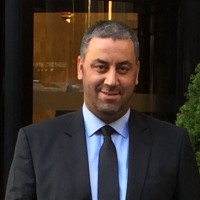 Not the Amir Saeed Pourbakhshaei you were
looking for?

What company does Amir Saeed Pourbakhshaei work for?

What is Amir Saeed Pourbakhshaei's role at Amoodrah Consulting Engineers?

What industry does Amir Saeed Pourbakhshaei work in?

This is a excerpt from my experience as a teaching assistant at Islamic Azad University, Zanjan Branch.Director of Project Management Office vacancy at Taha Consulting EngineersI was a director of the project management office at Taha Consulting Engineers from October 2010 to July 2015. I also worked as a project scheduler at Band Construction Company from April 2011 to November 2014. I served as a member of the main core committee (MCC) at Alavipour Construction Engineering and Management Institute (ACEMI) from August 2019 to May 2021. I was also a supervision expert at Amoodrah Consulting Engineers from January 2005 to May 2008. I was a senior project controller at Pars Soton Construction Company from April 2002 to January 2005. I was a project control expert at Barayand Consulting Engineers from September 1998 to April 2002. I was a management consultant at Band Construction Company from October 2010 to July 2015. I was a teaching assistant at Islamic Azad University, Zanjan Branch from January 2005 to May 2018.

Vice President of Food and Beverage at SAHARA Las Vegas

Head of Office, National Medical Director at The Royal College of Surgeons of England