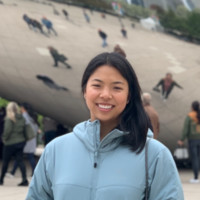 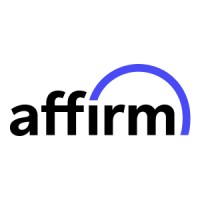 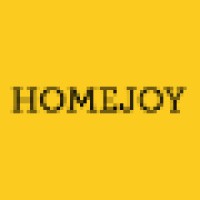 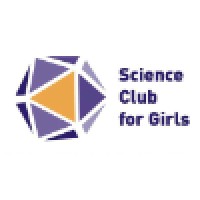 There's 100% chance that Amanda Zhou is seeking for new opportunities

Not the Amanda Zhou you were
looking for?

Based on our findings, Amanda Zhou is ...

Based on our findings, Amanda Zhou is ...

What company does Amanda Zhou work for?

What is Amanda Zhou's role at Homejoy?

What is Amanda Zhou's Phone Number?

What industry does Amanda Zhou work in?

Work experiences:Software Engineer at LyftAmanda Zhou is currently a Software Engineer at Lyft in San Francisco, CA. Campus Ambassador at Roomidex from March 2013 to May 2013 (3 months) in Cambridge, MA. • Developed a marketing strategy for a local Craigslist-type startup , resulting in an increase of 200% in campus response for the national launch in May 2013, while working with 13 students from five other East Coast universities. SuperUROP Researcher at MIT Institute of Medical Engineering & Science from September 2015 to May 2016 (9 months) in Cambridge, MA. • Creating iOS app to interface with wearable to measure physiological and environmental data• Analyzing collected data using machine learning techniques to determine personalized subset ofmigraine triggers, or “migraine map,” for each patient. Software Engineer Intern at Affirm, Inc. from July 2015 to August 2015 (2 months) in San Francisco, CA. • Wrote complete test suite for new iOS app utilizing the KIF framework and FBSnapshotTestCase• Implemented time-out screen lock feature and polished app’s visual styles and UX• Added support for receiving funds in-app through an ACH account using Yodlee integration. Software Development Intern at Homejoy from June 2015 to July 2015 (2 months) in San Francisco, CA. • improved customer experience in iOS booking flow by providing live pricing and appointment details • Increased internationalization support for managing and booking appointments across time zones. Software Development Intern at Homejoy from January 2015 to January 2015 (1 month) in San Francisco, CA. • Implemented walk-through for cleaner-facing Android app to improve first-time user experience• Developed API to connect with additional home services on both Django backend and Android client. Engineering Practicum Intern at Google from May 2014 to August 2014 (4 months) in Mountain View, CA. • Implemented redesign of Zagat Android app's City Select screen to improve usability and learnability• Improved Google Analytics integration to more accurately track users interactions with the application. Social Media Intern at Science Club for Girls from September 2012 to December 2013 (1 year 4 months) in Cambridge, MA. • identified 25 women in different professional fields to contribute for the outreach program “Letters toMy Young Self” Campaign (a letter of motivation to their younger selves)• Reorganized 9 various curricula and their necessary supplies for the second semester. Research Intern at Compass Lexecon from June 2013 to August 2013 (3 months) in Chicago, IL. • Evaluated some of the thousands of submitted settlement claims for BP, determining actual level of economic need based off of past tax statements and accounting for loss after the oil spill• Analyzed stock trading patterns to defend a man accused of insider trading.

Since she entered the workforce, Amanda Zhou has enjoyed pondering over the possibility of a career in technology and theOS. Today, she is working as a software engineer and has already suffered throughculus courses and the intro to linux security class."I always loved learning about technology and theOS, and I found out about your Bootcamp from my sorority. I thought it would be a great way to learn more about the industry and how to be a good worker."Zhou is motivated by her goals of becoming a successful worker and would love nothing more than to learn from professionally-employed individuals who have gone before her. With her background in computer science and electrical engineering, she iselveen equipped with the Knowledge and Skills necessary for a job in the tech industry. "I'm excited to learn more about theOS, and how to apply the knowledge I've learned in the past tomy current job."

Background:Amanda Zhou has been working in the software engineering field for 3 years now. She has worked on various projects for Lyft, a company she is currently a part of. Zhou also worked for a local Craigslist-type startup, which resulted in an increase in response for their national launch in May 2013. Overall, Zhou was responsible for developing marketing strategy for the startup, as well as increasing internationalization support for managing and booking appointments across time zones. While at Homejoy, Zhou increased internationalization support for managing and booking appointments across time zones as well. Zhou also worked on creating an iOS app to interface with a wearable to measure physiological and environmental data. Lastly, she was involved in developing a feature-flag build tool which allowed work to be conditionally hidden while in development.

Commercial Director, Member of the Executive Committee at Colmore

Regional Director at AECOM at AECOM