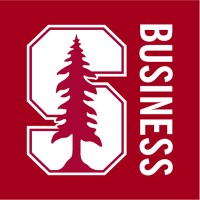 Connecticut Alliance for Tennis and Education 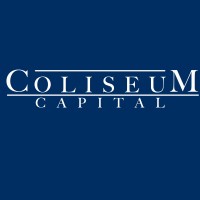 Not the Alexander Seaver you were
looking for?

Based on our findings, Alexander Seaver is ...

Based on our findings, Alexander Seaver is ...

What company does Alexander Seaver work for?

What is Alexander Seaver's role at Stadium Capital Management, LLC?

What is Alexander Seaver's Phone Number?

What industry does Alexander Seaver work in?

Alexander Seaver has over 15 years of experience as a technical partner in venture capital, with a focus on early stage biotech, plant breeding, and other bioscience technology. He has an extensive background in genetic engineering, transcriptomics, and proteomics, and has been involved in various industrial and clinical trials around the world.AlexanderSeaver worked at Stadium Capital Management, LLC (a venture capital firm) from 2002-2016. Stadium Capital Management was a small early stage technology company that focused on companies in the bioscience and industrials sectors. Seaver was responsible for restating and developing the company's business strategy, developing new products, budgeting and forecasting expenses, and monitoring the company's performance.Board-wise, Seaver was a Co-Chairman from 2002-2008, and currently sits on the Board Observer for VirtaMove, a Canadian technology Firm focused on migration software. Additionally, Seaver is a Guest Lecturer at Stanford University Graduate School of Business from September 2015-April 2019.Internationally, Seaver has been involved in a variety of projects, both as a technical partner and as someone who has been directly involved in developing the plans and strategies of others. He has worked with organizations such as the United States International Club, as well as the United States International Cricket Association (USIC).As a corporate governance expert, Seaver has worked with a variety of startups, animal health products, and gene therapy companies. He is also familiar with the gene therapy industry in general, and has worked on a project that focus on a monogenic central nervous system pediatric rare diseases.Seaver has a degree in Political Science from Williams College and a Master's in Business Administration from the University of Massachusetts Lowell.

Ranked #89 out of 1,775 for Co-Founder, Managing Partner in Connecticut

There's 70% chance that Alexander Seaver is seeking for new opportunities

Launch Manager at MAHLE at MAHLE

Director of IT at BDS Analytics at Inntopia

President at FEED at FEED Projects