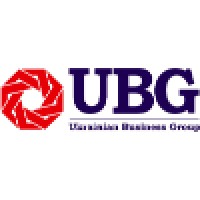 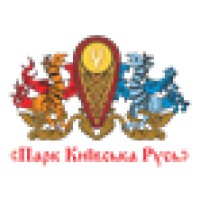 Not the Aleh Tsikhanau you were
looking for?

Based on our findings, Aleh Tsikhanau is ...

Based on our findings, Aleh Tsikhanau is ...

What company does Aleh Tsikhanau work for?

Aleh Tsikhanau is Editor in Chief

What is Aleh Tsikhanau's Phone Number?

What industry does Aleh Tsikhanau work in?

Aleh Tsikhanau is currently a Editor in Chief at ЛЮКС-FM, радиостанция from August 2001 to August 2005 . Before that, he worked as a music producer at Slavianskii Bazaar in Vitebsk, art-festival from March 2005 to July 2011 . He also worked as CEO & Founder at Eightydays.me - Adventure Design. He also worked as a booking agent at Nino Katamadze & Insight from August 2009 to December 2014 . In his previous positions, he was General Manager at Vopli Vidopliassova from October 2009 to September 2013 and Art Director at The Kievan Rus Park | Парк Киевская Русь from January 2010 to January 2012 . He currently lives in Kiev, Ukraine.

Aleh Tsikhanau has more than 5 years of experience in the music industry, having worked as a Musical Producer at Slavianskii Bazaar in Vitebsk, and as the CEO &Founder at Eightydays.me. His experience in the industry has given him the ability to develop and manage various projects, including booking agents, event organisers, and music festivals.Tsikhanau has built a strong personal brand and is particularly well known for his creative and innovative concepts, which have helped him achieve success in his field. He has also been highly successful in terms of implementation, leading his teams to achieve high levels of success.Tsikhanau is an excellent leader and is always willing to take risks in order to achieve the goals he set for himself. He is efficient and precise in his work, and is always quick to adapt to changing conditions.Tsikhanau is also truly dedicated to his work, and is always willing to put in the extra effort in order to get the job done right. He is a reliable and proactive member of his team, and always puts his own needs and interests ahead of those of his team members. Tsikhanau is highly knowledgeable in both business and technical fields, and has a breadth of knowledge that allows him to take on complex and challenging tasks.

There's 85% chance that Aleh Tsikhanau is seeking for new opportunities

Recruiter at KBR at KBR, Inc.

Curator at Museum of the Macedonian struggle