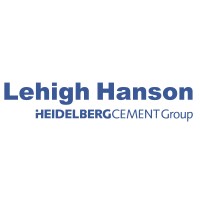 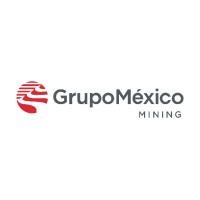 Ranked #909 out of 18,177 for Vice President Technical Services - Cement Division in Texas

There's 93% chance that Alan Rowley is seeking for new opportunities

Not the Alan Rowley you were
looking for?

Based on our findings, Alan Rowley is ...

Based on our findings, Alan Rowley is ...

What company does Alan Rowley work for?

What is Alan Rowley's role at Martin Marietta?

What is Alan Rowley's Phone Number?

What industry does Alan Rowley work in?

Alan Rowley has 8 years of experience in the civil engineering and construction industry. At CEMEX, Alan led the successful construction of the VV Phase III project at Black Mountain location. He also led the design-build project team for Southdown Cement at Louisville Expansion. Alan was a construction manager at USG from 1985 to 1987 and worked as a training position for Plant Manager positions within that company.

Alan Rowley is currently a Mining Engineer -Coeur Mine, Wallace, ID at ASARCO from 1979 to 1979 (less than a year). He led the successful construction of the VV Phase III project [line #3] at Black Mountain location for CEMEX. He built Projects at West Sacramento Terminal, and Lytle Creek Aggregate Plants in CA. Project Manager/ Project Director at Southdown Cement from 1997 to 2001 (4 years). He led design-build project team for Southdown at Louisville Expansion [Kosmosdale, KY] to double its capacity. He was also responsible for plant management at Southdown from January 1993 to January 1996 (3 years 1 month) in Fairborn, OH. Operations management responsibility of a portland cement production plant. Plant Manager at Lehigh Southwest Cement Co. from July 2009 to March 2014 (4 years 9 months) in Tehachapi, CA. Operations management responsibility of a portland cement production plant. He is also currently a Vice President Technical Services - Cement Division at Martin Marietta from March 2016 to January 2017. He is responsible for cement operations at three portland cement production facilities, all in California. These include limestone mining through crushing, raw grinding, pyroprocessing [preheater/precalciner kiln lines], finish milling, storage and bulk loading stations. Together, these three plants have the largest market share and production capacity in California. He is also responsible for the development and implementation of CementWest's Ashland, OR cement facilities.

Software Engineer at Grab at Grab

Connecting top talent with great opportunities at TD! at TD

Android at Slack at Slack

I am a problem solver. I use technology to solve problems efficiently. at Self-Employed

High Performing Program Management Executive eager for his next challenge at Anthem, Inc.