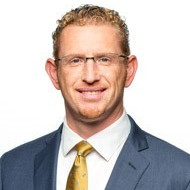 Based on our findings, Alan Murray is ...

Based on our findings, Alan Murray is ...

What company does Alan Murray work for?

What is Alan Murray's role at Cognitionis Health?

What is Alan Murray's Phone Number?

What industry does Alan Murray work in?

Education:Alan Murray has a Bachelors of Science degree in Bioengineering from the Open University, in Milton Keynes, United Kingdom. He has also studied at the George Washington University Graduate School of Business where he received his MBA in 2007.

Alan Murray's educational background and work readiness background:Alan Murray has a Bachelor of Science with Honors from The Open University in 2002 and a Higher National Diploma in Nautical Science from Warsash Maritime College in 1996. He has been a merchant pilot for over 10 years and has been working in the industry since he was 10, specifically in the field of Merchant Ship Operations.

From September 2018 to present, Alan Murray has been a President & CEO, Empire BlueCross BlueShield at Anthem in Greater New York City Area. New York, NY – September 24, 2018 – Empire BlueCross BlueShield announced today that Alan Murray has been named president of Empire BlueCross BlueShield’s Commercial Business in New York. He assumed his new position on September 5, 2018.“Alan brings a wealth of experience to this role and commitment to making healthcare simpler, more accessible and more affordable for consumers,” said Brian Shipp, president of Anthem‘s East and Central Region Commercial Business. “He possesses an in-depth knowledge of the industry and the local market which will greatly benefit our consumers, customers and provider partners in New York.”Murray most recently served as President and CEO of Northwell’s CareConnect Insurance Company, Inc., the first provider-owned health plan on the New York State of Health marketplace. Before his career at Northwell, he held the position of Vice President, New York Market Lead at UnitedHealthcare for more than four years and spent five years at Anthem prior to that as Regional Vice President, New York Provider & Ancillary Network Development.“It’s an honor to be asked to lead Empire BlueCross BlueShield in New York and I am excited to be back with the company where I started my healthcare career,” said Alan Murray. “The past few years have been a time of unprecedented change and innovation in our industry, and that pace only continues to increase. I’m excited about the opportunities this provides to better serve our consumers in New York.” Murray completed his Bachelors of Science degree at the Open University, in Milton Keynes, United Kingdom and served as Second Officer in the British Merchant Navy for nearly six years. He and his family live on Long Island, and he will be based in Empire’s Manhattan office. Executive Consultant at Executive Consultant from August 2017 to 2018 (1 year) in Greater New York City Area. I partner with executives and their leadership teams to identify and understand the root cause of issues or strategic problems and then provide targeted solutions to address them. Whether it is in health care administration, provider/payer collaboration or corporate culture and strategy, I apply innovative and creative ideas to assist in the execution of corporate goals. Through my extensive experience and industry insights I am enable to assist in a wide range of areas, including:Provider Payer CollaborationHealth care administrative and operational enhancementExecutive productivity improvementStrategic consultingLeadership development & mentoringVision and mission creation and focusCorporate scale and growth challengesCorporate culture. President & CEO at CareConnect Insurance Company, Inc. from August 2013 to August 2017 (4 years 1 month) in East Hills, New York. Health insurance may be the last industry in America to come around to the idea that customer service matters. As the founding president and CEO of CareConnect and North Shore-LIJ Health Plan, I'm out to change that. CareConnect was created by Northwell Health to provide affordable access to excellent care.Because we

There's 97% chance that Alan Murray is seeking for new opportunities

Director at Heart of the Nation