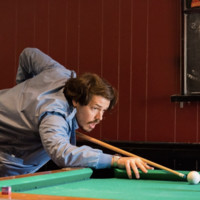 Not the Alan Jones you were
looking for?

Based on our findings, Alan Jones is ...

Based on our findings, Alan Jones is ...

What company does Alan Jones work for?

What is Alan Jones's role at Lantern?

What is Alan Jones's Phone Number?

What industry does Alan Jones work in?

Prior experience in software engineering:- Developed software that organized and processed a vast number of paint formulas that are in development.- Senior Engineering Consultant at Rocket Insights in Greater Boston Area.- Tech Lead of Fleet Team at Zipcar from August 2018 to December 2018 (5 months) in Boston.- Head of Lab Applications Team at TetraScience from May 2017 to June 2018 (1 year 2 months) in Cambridge, MA.- The Lab Applications Team is a team of 6 who handled maintenance and new features for three products: Lab Monitoring, Utilization, and Scheduling. - Was responsible for defining and hitting deadlines, communicating with our customer service team, and occasionally talking to customers.- Our Lab Monitoring product, for example, allowed our customers to install our Tetrascience IoT sensor boxes in research labs, which would collect data and send back to our servers for processing and storage.- Customers could define custom conditions on the data so, when triggered, would send alerts to lab managers so they can intervene. Thousands of devices, data points every 5 seconds. - Managed dev ops for lab app team and delegated some tasks to outsourced team.- Designed and prototyped our next generation general purpose time-series data processing pipeline, which would receive time-series data via our IoT sensor devices, process the data via transforms, and trigger conditions based on arbitrary conditions. In my design, customers would receive API access to the time-series functionality and could build their own apps on top of our infrastructure.

Alan Jones's education began with a Bachelor's degree in Computer Science from Case Western Reserve University in 2005. After completing his undergraduate degree, he then moved on to a three-year course in psychology from theUniversity of Queensland, which he achieved in 2009.Both his undergraduate and graduate degrees were in Computer Science, which gave Mr. Jones a strong background in working in technology and programming. He has worked in a range of roles in the technology field, including as a project leader for software development at a software company and as a software engineer for a systems development company.Currently, Mr. Jones is working as a software engineer for a systems development company. His experience in the technology field gives him a good understanding of how technology can be used in specific business situations. Mr. Jones is also highly skilled in programming, which he has enjoyed using in his previous roles.Mr. Jones has brought his skills and background to his new role as software engineer with the systems development company. He has learned a great deal about the development process and has been able to help the company reach its goals. He is also highly skilled in programming, which has been a great asset in his new role.Mr. Jones is highly successful in his work and has been able to develop his skills and practice problem solving to a high level. He is willing to workaharvest long hours and is highly committed to his work. He is well-prepared for any role he takes on and has a strong work ethic.

There's 92% chance that Alan Jones is seeking for new opportunities

Chief Product and Experience Officer at WeWork at WeWork

Co-Founder at SELLGO at JULO

Director of Legal Operations at Workday at Workday

Delivering proactive managed services that maintain your security posture and IT delivery without hampering users... at InfoSecurity People Limited

Looking for Next Opportunity in Sales and Marketing at The Solution Sale, Silicon Valley