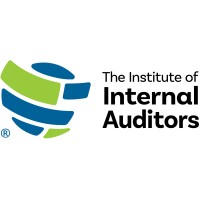 The Institute of Internal Auditors Inc.

Board of Directors | Committee Member

Board of Directors | Partner | Committee Member 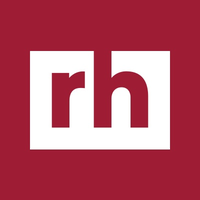 Not the Adam Fauvre you were
looking for?

Based on our findings, Adam Fauvre is ...

Based on our findings, Adam Fauvre is ...

What company does Adam Fauvre work for?

Adam Fauvre is Board of Directors | Partner | Committee Member

What is Adam Fauvre's Phone Number?

What industry does Adam Fauvre work in?

Adam Fauvre's professional experience spans nearly 20 years in the professional services industry. Prior to that, he worked as a Sr. Client Solutions Director at Robert Half Management Resources, where he oversaw several hundred clients and wore many hats, including but not limited to, program management, financial planning, and quality assurance. Additionally, he has been a Board of Directors at The Institute of Internal Auditors Inc. since 2014.Born and raised in the San Francisco Bay Area, Fauvre is a graduate of San Francisco State University with a degree in Business Administration. After college, he began his professional career as a product manager at Sperry Rand International, overseeing sales, marketing, and product development for a range of clients in a number of industries. He also served as a business advisor to the Bay Area clean energy initiative and acted as a consultant for environmental organizations across the Bay Area.During his time at Sperry Rand International, Adam Fauvre met his wife, Cindy, and they soon became active activists in the Bay Area community. Together, they foundedCUJO (Creative United Justice of Northern California), an organization that works to promote social and environmental justice in the Bay Area.CUJO has won multiple awards and has been a thorn in the side of city officials and developers in the Silicon Valley.Adam and Cindy Fauvre currently reside in Cambridge, Massachusetts. They have two children.

Ranked #953 out of 19,060 for Board of Directors | Partner | Committee Member in California

There's 79% chance that Adam Fauvre is seeking for new opportunities

Account Executive at The Judge Group at Professional Alternatives

Strategy & Transformation Advisory, with a focus on Healthcare and Life Sciences at Slalom

Software Engineer at Optum at Optum

We consult visionary CEO's and Sr Execs in leading corporations, who embrace thinking as the source of ALL their results, using the QuantumThink® proprietary thinking system. World Leader in New Thin at QuantumThink - Thinking for A New World