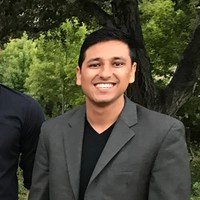 Ranked #1,293 out of 25,860 for Software Developer Intern - Content Agility in California

There's 100% chance that Achal Soni is seeking for new opportunities

Not the Achal Soni you were
looking for?

Based on our findings, Achal Soni is ...

Based on our findings, Achal Soni is ...

What company does Achal Soni work for?

What is Achal Soni's role at Yahoo!?

What is Achal Soni's Phone Number?

What industry does Achal Soni work in?

Achal Soni is currently a Software Engineer at Stripe, and was with the software engineering team at Twitter from July 2014 to February 2018. He was also a Product Insights and Experimentation Engineer at Yahoo! from June 2012 to August 2012, and was a software engineer intern at Twitter from June 2013 to August 2013. Achal Soni also has experience with working with and developing the Heuristic-Driven Data Pipeline at Twitter, and was on the team that developed the Spark job analyzer.

Achal Soni's professional, technical, and interpersonal skills:Achal Soni has extensive experience working with software development and data processing tools, having worked with Scalding and Apache Spark during her time at Stripe and Twitter. She is particularly well-equipped to work on large data pipelines, having prototyped and developed a real-time metric utilizing Heron/Storm as well as working on a web interface for the system for easy usability.arbon Soni is also highly capable at grading student's homework and project submissions, being able to go against the grain andGrade them using a habitual algorithmic system DESIGN DOCUMENTS CAN BE REACHED AT GITHUB.COM/ACHALSONI81/ jarvis

Head of Executive Search at Slack

Work with and place talent into compliance, risk, & regulatory change teams in FinTech and Financial Services businesses at twenty84

Director of Applied AI Lab at Horizon Robotics at Google

Software Engineer at The Yes at Amazon Web Services

Software Engineer at Ezypay at Ezypay