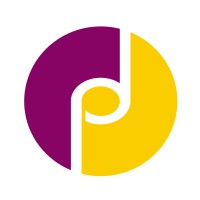 Ranked #1,233 out of 24,660 for Vice President, Head of US Hematology/Oncology Business Unit in California

There's 78% chance that Abizer Gaslightwala is seeking for new opportunities

Sales and Solutions Engineering Leader -- helping enterprises break out of the inbox and discover a better way to work! at Slack

Software Engineer at Doordash at DoorDash

Senior Director of Product Management - office of CIO at Google

Co-founder & Chief Strategy Officer at Tinder. Creator of the #SwipeRight

Co-founder at 60dB at Coursera

Co-founder and CEO at Numina at Numina

CEO of M10: supplier of technology to banks enabling them to issue digital M0 and M1 money

Co-Founder at Vidora at Vidora

Sales Engineer at Quip at Quip

Design Manager at Amazon at Point B

CEO, Co Chairman and Founder at Weston Hill at The Hedge Fund Association