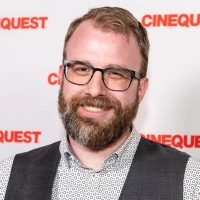 Vice President of Engineering at Volley 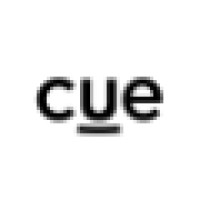 There's 95% chance that Aaron Sarazan is seeking for new opportunities

Not the Aaron Sarazan you were
looking for?

Based on our findings, Aaron Sarazan is ...

Based on our findings, Aaron Sarazan is ...

What company does Aaron Sarazan work for?

What is Aaron Sarazan's role at Baloney Productions?

What is Aaron Sarazan's Phone Number?

What industry does Aaron Sarazan work in?

Experience at Baloney Productions:Baloney Productions is located in San Francisco, California. I am currently a Performer at Baloney Productions in San Francisco Bay Area. CEO/CTO at Manotaur Games from July 2013 to April 2018 (4 years 10 months) in San Francisco Bay Area. Aaron and Adam cofounded Manotaur Games as a creative outlet for all sorts of awesome mobile games. Manotaur turned into Stencil Ltd in early 2018. Master Software Engineer at Capital One from January 2015 to January 2017 (2 years 1 month) in San Francisco Bay Area. Aaron continued to oversee Level Money for Android, as well as multiple prototypes and other early-stage mobile projects within Capital One 360. Founder & CTO at Stencil, Ltd in San Francisco Bay Area. As CTO of Stencil, Aaron is responsible for end-to-end delivery of 4-5 new games per year. He also partners directly with clients to build new products, revamp teams, and improve time-to-market across multiple SKUs.For one customer in particular,Aaron not only introduced and standardized TypeScript across all backend operations, but also built multiple client-facing apps-- in both Unity and native Android.He also seized upon a nascent interest in AWS Cloud Formation and successfully grew it across multiple teams and projects. He achieved this by partnering with existing advocates on the team, and also by maintaining reusable template projects to ease the creation of new microservices.Senior Engineering Manager at Capital One from January 2017 to March 2018 (1 year 3 months) in San Francisco Bay Area.Created brand new architecture and SDK for feature development on Capital One's flagship app:* Introduce new "plugin" architecture to isolate and sandbox each feature* Travel to meet stakeholders and gather requirements* Create first implementation of firewalled host/client architecture* Train team on architecture, get them contributing new featuresCreated & drove the conversion to Kotlin among all Android developers:Engage with infosec officers (ISOs) to resolve bank-level security concernsTravel to multiple cities to meet with development teamsField all questions & concernsCreate official Capital One code style guidelinesIn addition, Aaron was responsible for managing multiple teams/projects, delivering on rapid prototype initiatives, and also worked closely with multiple VPs to become a Silver Tier sponsor for the first ever KotlinConf.Interests & Jamming:Aaron is a very intuitive musician and he enjoys playing any kind of music. He appreciates good jams, and especially enjoys improvised music with a loose, improvised structure. He is an open-minded musician, and he also enjoys modern classical and acoustic music. He also enjoys exploring new sound sources, and listening to a wide variety of genres.

These stated activities and accomplishments speak to Aaron Sarazan's skills as a developer and leader. Sarazan has a wealth of experience in various creative and technical fields, having executed rapid web development prototypes andpletures in his previous roles at Capital One and Manotaur Games, respectively. In addition, Sarazan is highly skilled in problem solving andManagement, having successfully overseen team development and performance for multiple teams in his previous roles at Cue and Spark Plug Games. Overall, Sarazan's experience and expertise make him an excellent leader who ishelliply experienced in all areas of mobile development.

Head of Core Banking PMO at Nordea at Nordea

Founder and Head of Business Development at Shoal

A zealot of many things - particularly Craft Beer and Customer Experience, I am my customers' customer!! at Interesting

City Lead at Uber at Uber

Head of SME Insurance at Axa at AXA