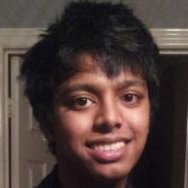 Master of Arts (M.A.), Mathematics of Finance, 4.08 @ Columbia University in the City of New York From 2014 to 2015 Bachelor of Mathematics, Mathematical Finance, , Statistics, 88.3% @ University of Waterloo From 2009 to 2014 Bachelor of Business Administration, Finance, 10.9 @ Wilfrid Laurier University From 2009 to 2014 International Baccalaureate Diploma @ Notre Dame Secondary School From 2005 to 2009 Aaron Pereira is skilled in: Statistics, Quantitative Finance, Analysis

Looking for a different Aaron Pereira?